Because fitness is a journey not a destination.

We all need a little inspiration to stay committed to our fitness goal. At Runners High 'n Tri, we are inspired everyday by customers who share their journey and we are very honored to be able to be part of their journey one "step" at a time.

Like many people, Ashley had made a bucket list of things she'd like to do. Among those items was "running a marathon before she turned 30."After her father underwent multiple surgeries, Ashley found that running had become a way to release fear and anxiety and make connections with other runners. In a moment of courage, she and her friend Kayla signed up for Cincinnati's 2017 Flying Pig marathon. While Ashley has Retinitis Pigmentosa, a degenerative eye disease, she didn't l 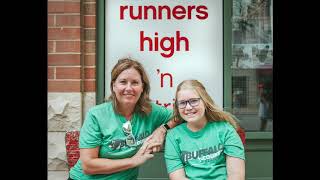 Local Teacher and Niece Take on the 50 States Challenge

After suffering 3 strokes, the right attitude is everything

Connecting with the Environment One Step at a Time

Life is full of fitness surprise!